Everyday there are new stories about the upcoming World Cup Finals in Brazil. There are riots in Brazil, Stadiums starting on fire or collapsing all together. There are players getting injuries that will keep them from their dream of playing for their national team in the WC.  More and more, people around me have become aware that this tournament exists and are striking up conversations about what we should expect this year. 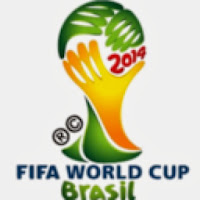 My friend was understandably confident in Germany's chances of winning the group. For me, the the chances of the USA even getting out of the group are pretty slim. Which is a horrible shame because I truly feel this team is significantly better than the last World Cup's team.  After the USMNT bowed out early in the last World Cup, I wrote a post expressing my sentiments. It has sat for the past four years on The Blackhorse Inn. So I am bringing that post over here to my new blog because I think it is so interesting to view the fresh thoughts after such a painful elimination as we anticipate a much tougher road for this year's Cup.

I would love to hear your thoughts about the USMNT or about your nation's team if they qualified. So without further pause, here is my post from the last World Cup. 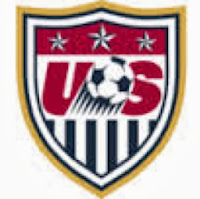 I don't know if I have completely comes to terms with the fact that the US Men's National Team lost to Ghana AGAIN, for the second straight World Cup but there are a few thoughts that I think need to be thought by more people than just myself.

Ghana were bigger, faster, stronger and more driven than the US was during their Round of 16 match but they were not better. The US is a better team. But that did not translate into a win. What resulted from a superior US team playing a sub-par Ghana side was the US giving up an early goal for the fourth time in as many matches. The USMNT allowed Ghana to score their first two goals in the run of play in the entire World Cup to that point. (Ghana's other two goals coming from penalty kicks). The USMNT scored only when given a penalty kick. And Ghana looked like a better team. They are not, but they looked it.

All of that is neither here nor there in the scheme of things. Every team has those days no matter who they are. Brazil nearly had a day like that in the Final of the Confederation's Cup. Spain had one of those days earlier in that same tournament. Both at the hands of the US. However, the thing that bothers me the most about this defeat is that the USMNT is no longer a team that should be expected to drop out of the World Cup. An often quoted goal of the team was to get out of their group. But that is far too small a goal for this team.

Obviously, depending on the team they had to play, the goal might be slightly different. For instance, if we had finished second in our group instead of winning it, we would have had to play Germany. The US is not a better team than Germany. Yet, on a good US day and a bad Germany day, they could have pulled out a victory. So there is no reason to expect this team to reach less than the Semi-finals of the World Cup.

And here is where we, the fans, and our media are letting down our team. I will admit not reading every story or comment out there about the result of the Ghana match but of those I have read and heard the common theme is that they played hard, played well and we are proud of our boys. Now, if I lived near the airport where the team will return to the States, I would be in the front row welcoming them home. But that doesn't change the fact that this result is a huge disappointment, it is embarrassing and frankly, it is unacceptable. As fans, we must begin to let the USMNT know that these sorts of performances are no longer going to be met with "good job" and "you played well". It wasn't a good job. They lost to Ghana. They were not even close to winning that match. They let Slovenia take a two goal lead, they let England score in under 5 minutes, they took 91 minutes to score on Algeria and they only lead for 2 minutes of the 4 matches we played. That is pitiful. It wouldn't be any big deal if this was the team of 1990. But the USMNT is not the team of 1990. They are the team of the 21st Century. And THAT team is one of the best in the world and should be expected to play like it. We should expect them to play like it.

Yes, there are many things about this team of which we can be proud. They never give up. They don't dive. (except maybe Altidore). They don't whine. They are tough. They can create chances, chances and more chances. They can attack. Still, in the end, they need to win the matches that they should win and they need to play hard in the matches where they are the underdog. And they should have won the Ghana match. And they should have played Uruguay and they should have beat them and they should have made it to the Semis. And as fans, we need to be there for them to push them to realize their potential. Not like the English or the French or unnamed Central American countries that shoot at their players but like Americans. This is our American team, this is our American soccer and as Americans, we need to demand the best from our team. Let's push them, support them, pick them up when they are down but let's not make excuses for them. The World Cup 2010 was a failure for the USMNT. Let's voice our disappointment and then let's show up at their next match and cheer them on to the heights we know and expect they can achieve. USMNT, if I didn't love you, I wouldn't care. And in so many ways, despite the disappointment, I, too, am very proud of you.