Sam and Page's "Coming Out" Thrusts Hypocrisy Back Into Limelight 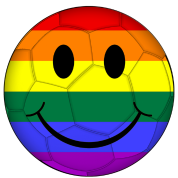 About a year ago, Robbie Rogers, an American soccer player, told the world he was gay. He promptly retired from professional soccer only to be lured back into the game with an offer from the LA Galaxy. At the time, there were countless articles written in support of him. He is a decent player, won an MLS Cup Championship, is capped for the USMNT and played in England, but I wonder, after watching several LA matches last year, if he would have been playing for a high profile team like LA if he has remained silent.

It really struck me while watching an LA vs San Jose match, where Rogers didn't have a particularly good match, yet the commentators could say nothing but glowing things about Rogers. It nearly met the hysteria of the first few matches Beckham played for LA. The commentators were from San Jose. Granted, San Jose's commentary team is easily the worst in the league, still, the only explanation for their gushing commentary every time Roger's touched the ball, typically only reserved for there own players. can only be explained by the fact he is gay. This is no reflection on Roger's, mind you. This is about everyone else. This is about the media, the fans, the league. 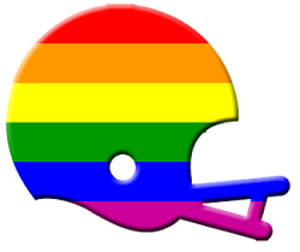 More recently, Michael Sam, a Missouri football player, told the world he was gay. The reaction was the same. "Proud" and "applaud" were words written repeatedly about Sam. Two interesting things happened with Sam. Immediately, people began to suggest if Sam doesn't get picked in the upcoming NFL draft, it is because of homophobia. This nearly guarantees he gets picked in the draft, regardless of merit. Additionally, because of a lack of negative backlash against Sam, the proponents of homosexuality in the media became angry that no one was speaking out against him. Quite strange this was. Stranger yet was the reason they posited for the silence; cowardice. they were ready with their typical defense of homosexuality with the "bigots" rant but when that didn't materialize in Sam's case, for whatever reason, they had to devise a new attack; 'cowards'.

Then, perhaps the oddest event to date, Ellen Page, a Canadian actress, told the world she was gay. The requisite praise showered down from the complicit media outlets, but then something different happened. Stories began appearing questioning just how brave it really was for her to reveal it. One news site even went so far as to ask why this is even news any more. When I first read that, I thought maybe the hypocrisy had got so thick the supporters of homosexuality couldn't even continue to stomach it. In the end, however, that wasn't the case at all. She went on to blame the convenient and ever present straw man, homophobia, for the reason this still had to be a big deal.

The hypocrisy of all of these events should be as clear as the nose on one's face. But those that are blind cannot see even that far. When, out of one side of their collective mouth, they scream for anyone who opposes homosexuality to shut up, and then out of the other side, shout it from the proverbial rooftops each time anyone of note deems it necessary to reveal to the world who they like having sex with, the irony is suffocating. 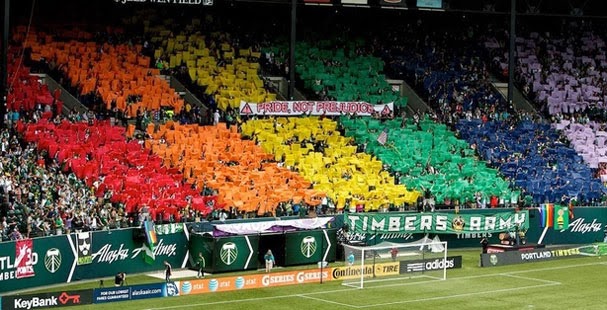 It has become clear that our society will not be happy simply when all who oppose homosexuality shut up. Silence just makes them even more incensed. The reason for their euphoric reactions to every new gay star or starlett has nothing to do with supporting that person as a human being. It has everything to do with smashing it over the heads of all who might disapprove until they either change their minds or are shunned and eventually turned into criminals. The reactions from the faithful in regards to Sam and Page should make this extremely clear. What has been done to our society cannot be undone. It never has been in history.

So how should true Christians, who understand the truth of homosexuality in relation to sin and God's Holiness, react when these events occur with more and more frequency? For me, the answer to this is more consuming than I can answer in this post. I am going to answer this question by asking another, and delving into it with another post. Let me ask you first, how does a holy person live in an unholy world? Answering this question properly will help immensely in giving Christians a new focus in our everyday lives and will potentially determine the fate of our country.

See you next time...