Apple just announced, in rather diminutive fashion, CarPlay new feature integrating iOS into existing automobile entertainment systems. This is a feature that many people, both inside and outside of the auto industry, have wished out loud to me many times. It was usually expressed with the idea of simply setting an iPad into a dock in the dash and having that serve as the entire system. With CarPlay, Apple has released essentially the same thing. 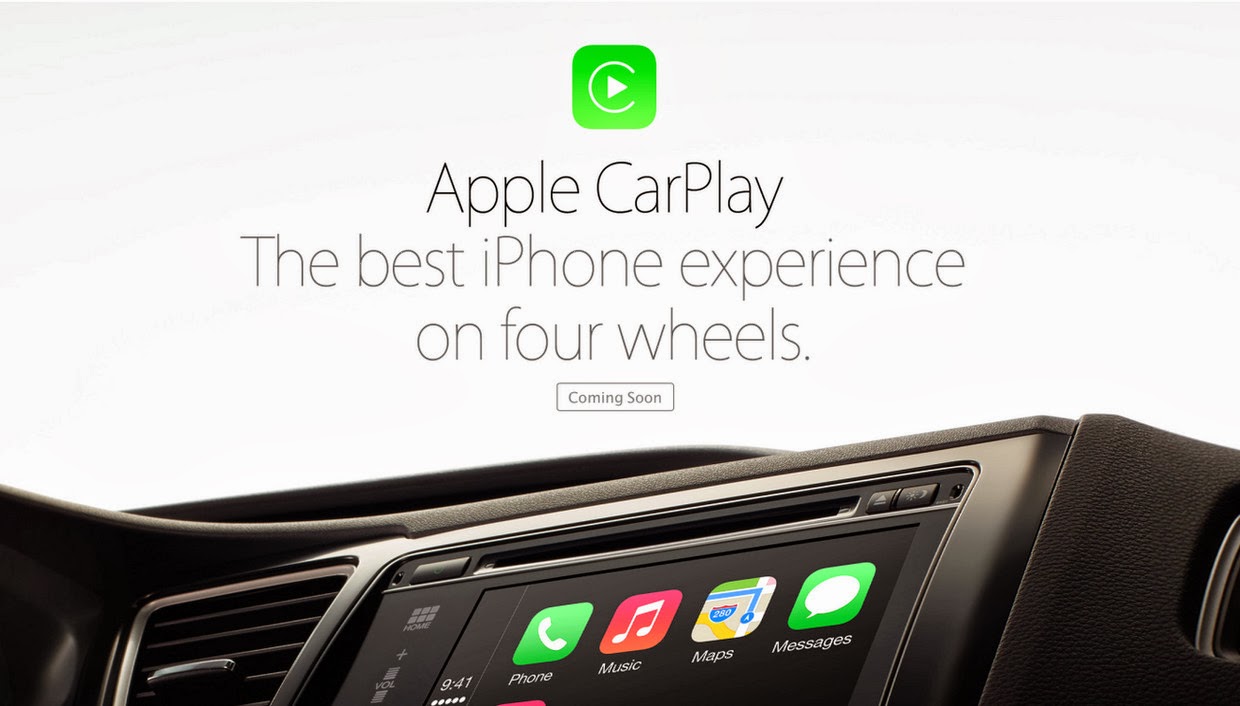 Rather than using an iPad, all you need is an iPhone 5 or newer. And rather than setting it in a dock and using the devices' screen, you just plug the phone into the USB port and the phone connects with the existing entertainment system. This gives you full access to a modified-for-driving Siri, as well as many Apple apps and even third party apps such as iHeartRadio and Spotify, with many more to come.

One of the best features besides the awesome feature of turning reading and writing into listening and dictating via Siri assisted texting, is being able to use Maps right on the screen of the built-in entertainment system, effectively equipping every compatible vehicle with full navigation.

For this year, Apple is launching the new system exclusively in Ferrari, Hyundai, Honda, Volvo, Jaguar and Mercedes-Benz. However, the list of committed auto manufacturers is rather large and includes Ford and Chevrolet. 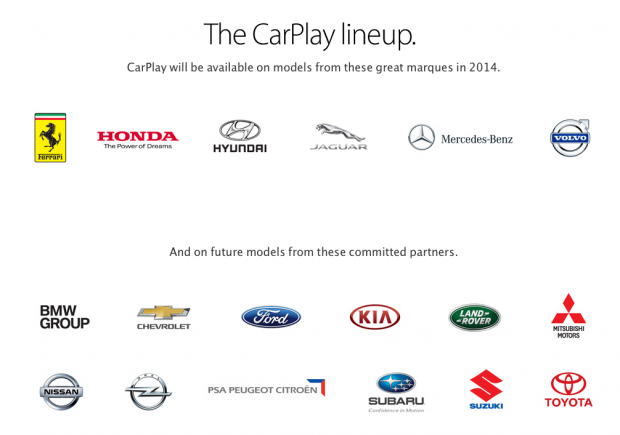 I work as a Technology Specialist for a Chevrolet dealership, so this is an exciting development. GM has already built it's newest entertainment systems with Apple in mind. Mostly because guaranteeing compatibility with nearly 400 Android phones is nearly impossible but also because Apple's iOS and Siri are the best and most user friendly systems out there today. Now with this announcement, we can see where it may have been with an eye to the future that GM chose this route for it's systems.

While it is disappointing that GM isn't one of the first companies to integrate CarPlay into their vehicles, I am excited to see how it is ultimately manifested inside our new systems, which are already among the best in the world.

I still would love to see a fully Apple designed car. There are many other areas outside of the entertainment system where cars would benefit from Apple designs, but it is clear that Apple is making the smart move by placing a foothold firmly into the auto tech industry in a unifying way that will make them the major player in auto tech worldwide. Will CarPlay make people go out and buy a new car? Not many. However, it will make those who buy new cars, go out and buy a new iPhone. And once they use iOS in their cars, they will likely want to use it in their tablets, laptops and desktops. It only makes sense. Or as Apple would put it, it just works.