The Story Behind The Story: Adidas, Puma and Uhlsport

This is a new series I am beginning here at Nyk.pm. It is called "The Story Behind The Story".  I love getting the real story behind some of the common things in our lives that we take for granted. English phraseology has always captivated me. I have always wanted to be the one to create a catch-phrase or a slang term.  Living in North Dakota made that very difficult. However, with the advent of the internet, it might be possible. Still working on that. Regardless, there are many phrases and products and stories we have grown up with but have no idea how they came to be or maybe even what they really mean. Sometimes it is nothing special, but sometimes they are quite fascinating. As I come across stories that are fascinating to me, I will share them in this series. I hope you enjoy them. And, please, if you do, share them on the social media site of your choice. And don't forget to follow me on Facebook, Twitter, LinkedIn and G+. The links are at the top of the page, on the right. 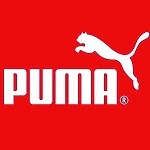 Now onto the story behind the story of Adidas, Puma and Uhlsport.

Likely, most everyone is familiar with the German brand, Adidas. They provide gear for all major sports in the US with their focus, historically, being soccer and more specifically, athletic shoes. Likewise, many will be familiar with Puma. This German brand of sportswear is no where near as popular as Adidas but you will see the brand in many sports, including soccer. Again, this brand began with athletic shoes. Uhlsport is an even more obscure German brand working almost exclusively around the world with soccer. They also supply gear for International Handball and European basketball, however, these are done under the brand names Kempa and Spalding, respectively. Uhlsport also began in the athletic shoe business but quickly transitioned to goalkeeper gloves and apparel.

But what is the story behind these three German powerhouse brands?  How did Germany become the location for world famous athletic gear? And how does WWII play into the whole story? Let me tell you.

What now is Adidas began as Gebruder Dassler Schuhfabrik (Dassler Brothers Shoe Factory) in 1924.  Operating in the small town of Herzogenaurach, Germany, the two Dassler brothers, Adolf and Rudolf, began creating shoes specifically for sports. The business grew steadily until the start of the Second World War. Karl Uhl, the founder of Uhlsport, worked for the two Dassler brothers.

There was always competition between the two brothers and tension between the brother's wives. The story goes that this reached a decisive moment due to an apparent misunderstanding during an Allied air strike on Herzogenaurach. During this particular air strike, Rudolf and his wife were hiding in a bomb shelter when Adi and his wife climbed in. Adi exclaimed "The dirty bastards are back again.", supposedly referring to the Allied bombers. Rudolf, however, was convinced that Adi was referring to him and his wife. From this point on, every event that happened to the brothers which included Rudolf being sent to the front lines, being arrested by the German military and being held as a POW by Allied forces, and accusations of theft and adultery added to the feud between the two brother's. All the while, Adi continued to build the brother's business. In 1948, the brother's finally split the company. Rudolf moving to the other side of the river in Herzogenaurach and splitting the town's allegiances between Adolf's company and Rudolf's.

The feud between the Dassler brothers raged on for decades even while both companies found success. The situation was so extreme that some places in the town only catered to people who wore either Puma or Adidas shoes. There were Puma diners and Adidas diners. A Puma bakery and an Adidas bakery. Adidas employees were not even allowed to date, much less marry, Puma employees.

It finally ended officially, in 2009 when employees from both companies played a friendly soccer match.  The only reference to who won the match was the score, 7-5, with no winner noted. Probably the best idea.

While the story of Adolf and Rudolf is tragic, affecting many lives over many decades, there is a positive to come about through the whole event; three magnificent soccer companies. The innovation and history that have been made by Adidas, Puma and Uhlsport are things of legend, benefiting more people around the world than they hurt in their hometown of Herzogenaurach.